Worship in the Image of Me: The Second Commandment for Today

HomeWorldHealthWorship in the Image of Me: The Second Commandment for Today
/
/ David Mathis 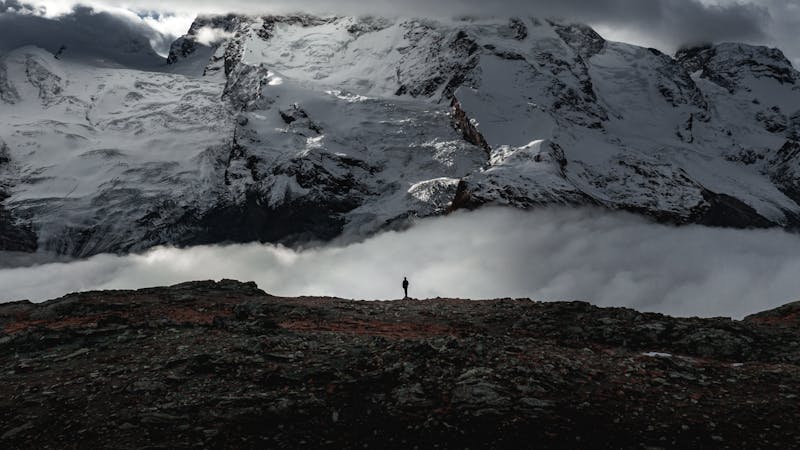 You shall not make for yourself a carved image, or any likeness. (Exodus 20:4)

We may not fashion our own golden calves today, but the second commandment’s prohibition of “carved images” remains surprisingly relevant to how we approach God in our daily lives and in our weekly corporate worship.

Very little time passed between Israel receiving the “Ten Words” at Mount Sinai and then flamboyantly breaking the second commandment. In Exodus, we find God’s people not only stumbling right out of the gate — grumbling shockingly soon (Exodus 15:24) after their dramatic deliverance, through the Red Sea (Exodus 14–15) — but then, immediately on the heels of receiving God’s law, they replay the fall of humanity by breaking the covenant almost as soon as it was inaugurated.

The first and second “words,” or commandments, of Exodus 20 form a pair: (1) no other gods and (2) no carved images. The first deals with whom we worship (the true God alone), while the second concerns how: not in our own preferred way, nor by adopting the practices of surrounding, unbelieving peoples. Rather, it says, worship God in the ways he has revealed — ways that are often countercultural and sometimes uncomfortable, both then and today.

How Will They Worship?

After the giving of the ten in Exodus 20:1–21, which all the people heard, Moses receives laws about altars, slaves, restitution, Sabbaths, and festivals in 20:22–23:33. In Exodus 24, the people confirm the covenant, with the shedding of sacrificial blood, confessing, “All that the Lord has spoken we will do, and we will be obedient” (Exodus 24:7). Moses then goes up to the mountain to receive instructions about the tabernacle, its furniture, and the priesthood in Exodus 25–31 — how the nation will worship him. He is gone for forty days.

In the meantime, Moses’s long absence wears on the nation. They tire of lockdown and are ready to move on with their lives, toward the Promised Land, saying to Aaron, “Up, make us gods who shall go before us. As for this Moses, the man who brought us up out of the land of Egypt, we do not know what has become of him” (Exodus 32:1). Aaron, in perhaps the Bible’s quintessential display of sympathy-gone-wrong, gives in.

However confused the people may have been as to whether they were turning to “other gods” or were just too impatient to wait for God’s instructions for worship (chapters 25–31), Aaron, for his part, is clear that God (Yahweh) is not being replaced. Aaron fashions the golden calf (singular) and declares it to be the God “who brought you up out of the land of Egypt” (Exodus 32:4). He makes a proclamation, “Tomorrow shall be a feast to the Lord” (Exodus 32:5).

In other words, the breach here is not of the first commandment, but the second. Aaron declares “the Lord” (Yahweh) to be the one whom they will worship (confirmed by the retelling in Nehemiah 9:18), but he and the people have chosen their own way, rather than God’s, to worship him. Like the surrounding nations, they will worship (through) a carved image, rather than wait for Yahweh to tell them how to worship.

Underneath the Great Sin

Why is this such a “great sin” if the people still intend to worship Yahweh (and not “other gods”)? In other words, why isn’t the first commandment enough? Why would God not only provide the who of his people’s worship but also the how? Is there an underlying logic to the second commandment that makes its breaking so severe?

To begin with, the second word speaks to us about the true God. He is not the God of our making or imagination, or even of our own discovery. Rather, he is the God who reveals himself to us not only in his world but in his word. He takes the initiative to speak to his people and reveal the truth about who he is, who we are, why the world exists, and how sin has corrupted it. It would be inconsistent with the nature of God, who speaks and takes initiative, to leave it to his people to dream up (or adopt from unbelieving nations) how to worship him.

The second word, however, also speaks, perhaps surprisingly, about us as humans. Breaking the second commandment is not only rebellion against the Creator but also indignifying of his human creatures. We might even say the rebellion comes precisely through this self-indignifying.

Two key words in Exodus 20:4 are image and likeness: “You shall not make for yourself a carved image, or any likeness.” This is not the first time this pair appears in the Bible — nor are the associations diffuse. This is the language of the creation of man. Image appears in Genesis 1:26–27; 5:3; and 9:6 — “God made man in his own image.” And likeness? Only in Genesis 1:26 and 5:1–3: “When God created man, he made him in the likeness of God.”

What about image and likeness together? Other than Exodus 20:4, we have only Genesis 1 and 5, Deuteronomy 5:8 (which repeats the second commandment), and Deuteronomy 4:16, which forges the connection with the “great sin” of the golden calf: “Beware lest you act corruptly by making a carved image for yourselves, in the form of any figure, the likeness of male or female.”

God made man in his image to display, reflect, and visibly represent the invisible God in his created world. Yet the very nature of sin is that his creatures rejected this high calling by instead seeking to “make for themselves” an image of God (Romans 1:22–23). What was so tragically wrong about the golden calf was not that the invisible God does not choose to manifest himself in images in the world but that his people are “made in his image.” To make our own images of God for worship is to reject our calling and dignity as his imagers. They made an image for themselves instead of embracing that they themselves were made in God’s image.

Fitting as it would be for God to end it all then and there — whether at the eating of the forbidden fruit or the making of the forbidden image — he is merciful and gracious. Not only is the breaking of the second commandment a “great sin,” but also, right there in Exodus 20:4–6 is a stunning display of God’s heart for his chosen people. He grounds his “second word” like this: “for I the Lord your God am a jealous God.”

Jealous is a tricky word in English. It may be the best equivalent of the Hebrew, but we typically hear jealousy with negative connotations. Zeal might help. The Westminster Larger Catechism speaks of the second commandment as “his fervent zeal for his own worship.” Still, zeal alone doesn’t imply the holy jealousy of a loving husband, whose righteous and exclusive desire for his covenant bride is no mark of fault. In fact, its absence would be a fault in him.

The second word continues: “. . . visiting the iniquity of the fathers on the children to the third and the fourth generation of those who hate me, but showing steadfast love to thousands of those who love me and keep my commandments” (Exodus 20:5–6). Yahweh is righteous and just. He will not sweep sin, indeed hatred of him, under the rug (and to make a carved image is to hate God). Yet, to worship him as he has revealed is to love him.

Don’t miss the arresting asymmetry: four generations versus thousands. Four generations of repercussions for “those who hate me,” but steadfast love to thousands of “those who love me and keep my commandments.” The jealous God is a God of profound and resilient love.

Yet clearly a tension remains. How will this divine husband, in his holy jealousy, show steadfast love to a covenant bride who is so manifestly and deeply sinful, without compromising his justice? This presses us deeper still to the reality, at bottom, that the second commandment was protecting.

We now know on this side of the cross and resurrection that while humanity was made in God’s image, Christ himself is God’s image. The apostle Paul makes the reality unmistakable. He says of Christ, “He is the image of the invisible God” (Colossians 1:15), and speaks of “Christ, who is the image of God” (2 Corinthians 4:4). For those who have been reconciled in Christ to the true God, we are restored to our great calling to reflect God in his world as we are “conformed to the image of his Son” (Romans 8:29; also 1 Corinthians 15:49; Colossians 3:10).

And Christ, as God’s preeminent visible image, is not only the mold for our restored destiny but also the one through whom, and in whom, we worship God. Our looking to him in worship is also the means of our renewal: “Beholding the glory of the Lord, [we] are being transformed into the same image from one degree of glory to another” (2 Corinthians 3:18).

The Ten Words at Sinai were not Yahweh’s final revelation to the world. His climactic word, in the person of his Son, fully God and yet fully man, would wait another fifteen centuries. But during that time, the second commandment would protect the great, singular imaging to come in the incarnation. No, our God is not opposed to images. Indeed, he made us in his image, and sent his Son as his image — and he would have his people be and look to the images of his making, not turn ourselves upside down and make our own.

We might say the incarnation not as much breaks the second commandment as fulfills it. The second commandment, all along, while protecting God’s calling on his people to image him, prepared the way for the invisible God to manifest himself, to make himself visible to us, as one of us, in the person of Christ.

None of this means that now, with Christ having come, we carve our own images for worship, or worship however we prefer.

The New Testament is a manual for the nations, for global expansion, minimal in its external requirements for worship. New-covenant worship, with its inner essence and worldwide design, crosses and transcends tribal and ethnic divides, both carefully drawing from and courageously challenging the cultures and forms into which the gospel advances and grows. Without missionary intentionality, we are prone to overlook how subtly we can be tempted to worship God in ways borrowed from unbelievers, or in ways that gratify our own preferences or comforts, rather than in ways that stem from God’s revelation to us in Scripture.

Though not under the old covenant today, the instinct of the second commandment might lead us to ask, as churches, How central has our desire become to make our corporate worship gatherings to be comfortable to nonbelievers, and to ourselves? Do our beliefs and practices not also, in a holy sense, make us, and our world, uncomfortable? Would unbelievers among us reasonably say, “Instead of making me want to become more like them, it looks very much as if they want to become more like me”?

The second commandment also might lead us to ask, Who sets the orienting terms of my life as an act of worship? Is it God, through his word, or how much is it (perhaps almost imperceptibly) the world around me? How much am I inclined to try to make my own meaning (by borrowing it from the world) rather than embracing being made in God’s image, and seeking to live in the high calling of being his, and looking to Jesus, his perfect image?

In other words, the second commandment forces us to ask, again and again, How central is the word of God in my life and in our worship?