Rest On The Word 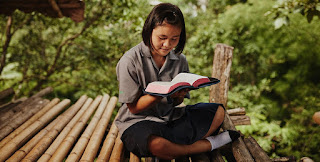 – Rest On The Word

“Every word of God is pure: he is a shield unto them that put their trust in him.” (Proverbs 30:5)

The Word of God is unfailing. The scripture says heaven and earth may fail, but His Word won’t (Matthew 24:35). He says that it must accomplish whatever it has declared (Isaiah 55:11); and that my dear is enough reason why you can rest on the Word in difficult times and be sure you won’t be disappointed.

The Jews can testify of its efficacy. For instance, after the great revival by King Hezekiah, everyone were keen to follow God wholeheartedly; and then all of a sudden, the king of Assyria showed up to wage war against the people of Judah. He came with all his arts of war, but all Hezekiah could offer the people was God’s Word. He said “Be strong and courageous: be not afraid nor dismayed for the King of Assyria, nor for all the multitude that is with him; for there be more with us than with him” (2 Chronicles 32:7). And then it is said that “the people rested themselves upon the words of Hezekiah…” (v.8).

But were those really Hezekiah’s words? No, it was God’s. Remember, He had said the same thing to Joshua and Elisha; and the same is still said to every believer in 1 John 4:4. ‘He that has got you is far greater than every situation that seems to get you scared’. Thus, Hezekiah was only reiterating God’s Word to them, and as long as they kept their heart firm on it, they were unmoved.

However, the devil still had something up his sleeves. The king of Assyria sent messengers to taunt them so as to make them doubt God, but as long as Hezekiah and the people kept believing the Word as against the circumstances they saw, they were bound for victory- and were indeed. You see, you can rest on God’s Word and be confident that it won’t fail. The devil might try to make you fret or doubt, but you’ve got to trust in what God has said to you. As our theme verse says, the Word of God is like a shield to as many as trust wholeheartedly in what it says. So, you’re never on a disadvantage with it. Hence, resteasy- rest on His Word!

The Word of God never fails. Whatever it says becomes. And in it God declared my victory over every difficulty and all the antics of darkness, and that shall be my reality. God is not a man that He should lie, and so if He has said a thing, He sees to it that He accomplishes it; as a result, I stand boldly on His Word and assert that all it says about me shall come to be, to the glory of God. Amen.