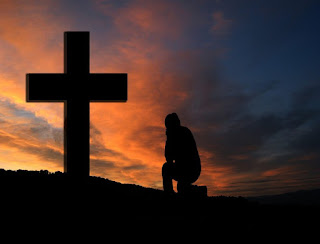 There is only one way to the Father of all Lights, contrary to popular opinion these days- and that way is Christ alone. The scripture tells us He was from the beginning with God; and in Him is life, and that life gives the light of the Father to men (John 1:1-4).

You see, a lot of people don’t understand this truth; they seek to discover the source of the never-ending life: the secret of eternity, but they fail to realize that God has revealed it to us in Christ Jesus. The Scripture says we have been given this privilege to know this truth that many kings and sages sought for to no avail. The secret that Christ Jesus is eternal life; because without Him there can be none. In John 17:3, we are told that eternal life is in the knowledge of God by Christ Jesus; but notice what John still said in 1 John 1:2, “For the life was manifested, and we have seen it, and bear witness, and shew unto you that eternal life, which was with the Father, and was manifested unto us”.

Compare the first verse with that, and then juxtapose them with every other hint about He who was with the Father and became manifest among men, and you’d notice that this description only fits one person- the Word, Jesus Christ. So, it is true indeed that Jesus doesn’t just lead us to life, He is Life; and so in Him we readily have life.

Other religions may have a mediator who claims to lead people to some form of higher life, but Jesus Himself is the higher life (John 5:26). He says he that believes in ‘Me’ has eternal life (John 6:47), because by doing so, we receive His person in us. And He says ‘he that eats of me has eternal life in him’ (John 6:54-57). That was a bold claim, but it has to be true. Our theme verse uses a definite article in “The” [way, truth, and life] – meaning exclusively the only one of its kind. So, only Jesus is Lord.

In all those places in scripture already mentioned, Jesus was revealing one ancient-yet eternally fresh-truth to us: that He is Life Himself. He is the life of God in bodily manifestation that gave light to our once darkened souls. Remember, he that has the Son has life, and he that has not the Son of God has not life (1 John 5:12).

I have the Son of God dwelling in me, and He has imparted eternal life into my spirit. He has also given me the capacity to become a son/daughter of God because I received Him and believe in His name; raising me far above all powers in the heavenly place. In Him, I am confident and secure; for He said that He is the Life and the Resurrection, and all who live in Him shall never die. Glory to God!