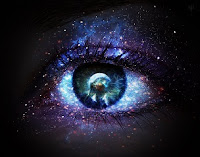 In light of this, I share below 2 pointers by which a true Prophet and true prophecies may be discerned:

1.   If a prophecy draws you farther away from God rather than strengthening your relationship with God… When you have more of fear and doubt than faith and hope… There you have a red flag!… Scriptures say: “…But the one who prophesies speaks to people for their strengthening, encouraging and comfort…” 1Cor.14:3 (NIV)
2.    If a Prophet or prophecy is pointing more to a man or exalting anything else rather than Jesus the Christ… When men are almost being drawn into human worship to a point of almost exalting a man’s words above the written Word the Bible… There you got another red flag!… Scripture says: “…For the essence of prophecy is to give a clear witness for Jesus…” Rev.19:10 (NLT)
And my point here is… The spirit realm is open to as many as would pay the price to walk in that realm… The same reason the supernatural is also common to other world religions… A knowing of the past or a telling of the future alone would never be enough yardstick to conclude that a man is from the true God… And your ability to discern true from false will only grow better as your relationship with the true God grows deeper…
I have intentionally excluded the popular “By their fruits you shall know them” belief as one of the ways of discerning… Because indeed some false ones may do and show more “good” works than the true ones; while some true ones will bear more wrong fruits character-wise than the false ones, and yet the gift keeps working for as long as God permits!
So I conclude with the below Scripture references:
“…When the crowd saw what Paul had done, they shouted in their local dialect, “These men are gods in human form!” They decided that Barnabas was the Greek god Zeus and that Paul was Hermes, since he was the chief speaker…”
Acts 14:11 (NLT)
“…But God’s truth stands firm like a foundation stone with this inscription: “The LORD knows those who are His,” and “All who belong to the LORD must turn away from evil.”…”
2Tim.2:19 (NLT)
Thanks for sharing with me!
#GodisStillinCharge