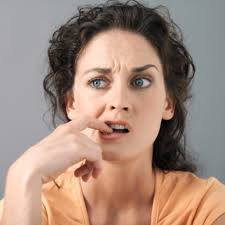 “And should not I spare Nineveh, that great city, wherein are more than sixscore thousand persons that cannot discern between their right hand and their left: and also much cattle?” (Jonah 4:11)

Two things are clear from there: First, when people do wrong, most times it’s because they cannot discern what is right; and God doesn’t see a need for us to judge them, but of one to save them. Second, if God cared about the cattle so much, don’t you think He cares much more about that fellow you have condemned as irredeemable?

A lot of people judge people indefinitely that God has not judged. We make ourselves judge, jury and prosecutor; believing that this set of persons don’t deserve any form of salvation. But guess what? It’s not about what we think, but about what God thinks. And He thinks everyone is worth saving (Matthew 18:14, 1 Timothy 2:4).

You see, the fact that you judiciously tried to live a good life and the other fellow didn’t doesn’t mean God will abandon him. This is what Jesus kept teaching about. First, with the Prodigal son. He spoke of a good son whose desire was to please the Father always so as to deserve His goodness, and a wayward son who cared nothing about what the Father wanted. Yet, when he would come to his senses and returned, the Father didn’t hesitate to openly embrace him; while the other brother got furious. Second, He used the parable of the vineyard workers, in which some got enlisted way earlier and others at the end, and both got the same reward. Again, the first set got furious.

But in both cases, Jesus didn’t tell us what they decided to do eventually, because that’s something we must decide. That’s a story we must complete every day of our lives. In Jonah’s case, he refused to get pacified. The scripture says he got angry when God changed His plans to destroy Nineveh so as to save them (v.1). God’s heart was on saving them, but Jonah’s was on judging them. But where is yours on?

Many of us don’t think the drug peddlers deserve to be saved, or the prostitutes, but God does. We often believe they have used up their lives to an irredeemable state, but not God. He knows they are presently in sin, but desires that they be turned from it; and He is counting on you and I to do that. However, how can we if all we do is judge and condemn them? Remember, our part is to reconcile and never to condemn; and if we must judge, then it must be in love, and past prejudice, to bring them back to Christ.

Lord, please forgive me for every time I lost a prospective harvest simply because I couldn’t look past my judgment of them. I know it’s not my place to condemn a soul. It’s not why you sent me to them- but to save them. And today I receive grace to do just that by your Word; never to just judge them, but to redeem them into the fellowship of Christ, in Jesus Name. Amen.