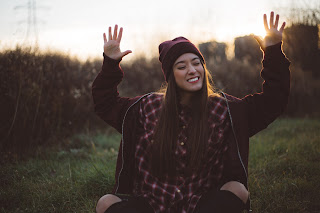 In the previous devotion, we saw how we have been set apart for glorification in Christ; yet many a times some of us assume that that isn’t actually for everybody who is now in God through Christ. Well, that isn’t what the scripture tells us. No! No, it isn’t. In our theme verse, we see that the glorified were the justified who in turn were the called and predestinated, who were those foreknown and designed in the image of the Son- which are indeed the believers.

So, first things first, we know that verse pertained to every believer. Not some, all. And in Verse 28, He says “all things work together for good to them that love God, to them who are the called according to His purpose”. Hallelujah! Now, if He had said ‘to them who are called according to His purpose’, we might have said selectivity is involved here; but He wasn’t being selective at all. He knows the Christian has the capacity to love and obey Him by the help of the heaven sent Holy Spirit; and so He was indeed referring to everyone- every person who trusts in Christ for their salvation.

Remember, speaking about us all, He said we have been given all things that pertain to life and godliness in accordance to His virtue and glory through the knowledge of Him (2 Peter 1:3). Thus knowing (and abiding in) Jesus was what qualified us for this glory that is actively resident within us even at this moment. It doesn’t matter if you don’t look it now, or if people mock you because they can’t see it, it is there. Don’t let them get to you; God has appointed you for an imperishable glory- both on the earth and eternally in heaven (Mark 10:30).

And He promises that not even your present suffering or hardships will ever change that; for in time He shall strengthen and settle you (1 Peter 5:10). And that glory will surmount whatever you’ve passed through, to the glory of God (Romans 8:18).

Glory to Jesus, for His glory fills my life. His glory surrounds me, and His grace adorns me. When I awake, I’m walking in glory; when I sleep, I’m still walking in glory. Everything I do is in glory and to His glory. My current situation cannot usurp it; it’s bound to manifest, and in its unveiling all my struggles are swallowed. Hallelujah! Indeed, I have arisen and I’m shining, because my light is here and glory has risen upon me, to the glory of God. Hallelujah!!!