You Are Important To God 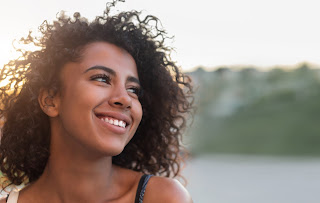 – You Are Important To God

“He that spared not his own Son, but delivered him up for us all, how shall he not with him also freely give us all things?” (Romans 8:32)

There is an experiment in the field of Ethics known as the Trolley Problem. In it, a group of scientists tried to prove the strength of man’s moral value as against their emotional attachments. For instance, they asked a bunch of people that if a train moving at full speed with a failed brake was heading towards their one-year old child and the only way to save him was to hit the button that divert the tracks towards where some derelicts were partying, would they do it? Would they believe that their child’s life was more precious than those young junkies’?

Well, the truth is that more times than not, we would hit that diversion switch to save that innocent baby. It’s what any reasonable parent should do, right? True, (s)he is innocent, but what makes us think we have the right to annihilate those other lives simply because we think they aren’t so innocent?

You see, God was placed on the same test, and He let the innocent Son die to save us the wicked ones. That’s what our theme scripture says. And He goes on to explain why in Romans 5:8; it says “God commends His love towards us in that, while we were yet sinners, Christ died for us”. Now, if this happened when we didn’t even know Him; if He carefully watched over us when we were afar off, what do you think He would do now that we know Him?

There are a lot of us who believe we’re not worth anything because of the mistakes we have made. Well, first of all, it’s good that you are acknowledging your mistakes, but you also have to let yourself move on. When God came for you, He knew you had a past, yet it didn’t dent His intention and desire for you. So, let yourself breathe, and abide in His love. It’s not about whether you deserve it or not, but that you received it. That’s grace. As I have always said here, God doesn’t judge you by your past, He does by your present. And in your present, grace presents God’s love to you. Thus, you can’t afford to let your past mistakes ruin your future glories in and with the Lord.

When you were the ‘young junkie’, He didn’t hesitate to sacrifice His only innocent Son to save you; that should tell you just how important you are to Him. He won’t abandon you because of your weaknesses, rather He wants to help you (Matthew 11:28). Just imagine; if He could love you unconditionally before you even existed or knew Him, how much more now that you exist and know Him? If He could love you then, He definitely loves you now. You just have to accept His love, and live in its light. Hence, don’t give up too soon; you are very much still important to God.