“Charleston 100 miles ahead,” the sign read as we merged onto I-26 East towards Charleston that beautiful sunny day, August 17, 2007. As my older brother drove, I closed my eyes and began to replay the sad goodbyes from earlier that afternoon and my mother’s words, “Remember your testimony! Remember where you come from. Hold on to God.” It was sad leaving home where I had spent six years of my life. I couldn’t believe that chapter had come to a close and a new one was just about to begin. It felt exciting, yet daunting. My brother’s voice interrupted my thoughts, “Ready?” He asked. “Somewhat,” I replied. “I can’t believe you’re moving. We will certainly miss you. Quite a change, huh? You know, going from Benedict College to College of Charleston is like getting the best of both worlds.” My brother said. He was absolutely right; going from attending Benedict College, an HBCU (Historical Black College or University) with a 99.5% black population to College of Charleston with only 7% blacks, and about 80% whites at the time was quite a change. I was thrilled about all the adventures of attending a new school – a different type of school with a different culture, exploring Charleston, having some independence, and the new friendships that would be formed along the way. Two hours later, and we were in Charleston. I had drifted off and possibly dreaming about Charleston. My brother spotted the sign first, “Welcome to Charleston. All American City” He woke me up recognizing the significance of that moment and knowing I would remember this for years to come. “Look!” My brother said as he pointed to the sign and I felt butterflies in my stomach. “Wow! It’s really happening!!!” I said, feeling a myriad of emotions all at the same time.

We drove into the city and minutes later, we drove into the driveway of a beautiful yellow Victorian house in the heart of the downtown area. We stepped out of the car and inspected the building, the well manicured flower garden by the façade of the house, the fruit and vegetable garden close to the door leading to a cozy and very sophisticated front porch. On the front porch were cane rocking chairs, dangling flower pots, potted plants, and fans on the ceiling. As we inspected the front porch briefly, Mrs. Maria (not her real name), the landlady – a lovely older lady well known in the city and nationally for her cookbooks, and cooking TV shows came out of her family room and greeted us with a big smile. She welcomed us, handed me some towels, and a key and directed us upstairs to my room through a private entrance. We headed upstairs to my room and were greeted by a beautiful well-furnished room with lovely antique furniture, a mini-sized tv with cable, a fireplace, a small fridge with a microwave oven on it, a small cane table with an antique chair, a bathroom, and beautiful paintings on the wall. I looked closely at the paintings and then I froze the second I saw the picture right above my bed, it was the painting of Randolph Hall at the College of Charleston, the building that God showed me in my dream a year before. I felt goosebumps all over my body. I was once again reminded that I was in a city ordained by God for me, and even this very house, that room was ordained by God for me too. My brother rushed back to the car and brought the rest of my stuff, two boxes and a few items and was on his way back to Columbia shortly after. 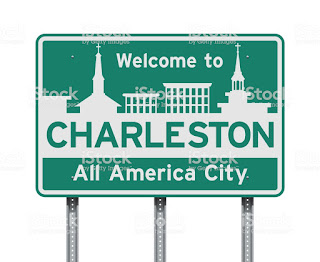 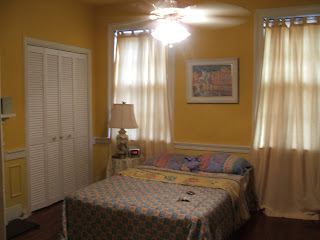 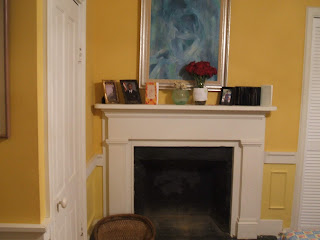 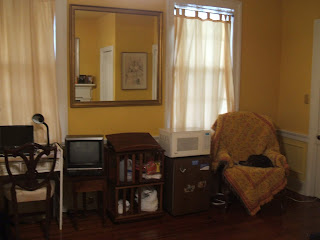 I unpacked some of my essential items and then hopped on the bed. I curled up almost in a fetal position and laid down just looking around the room for hours. The room was beautiful, but it felt strange. The antique furniture gave the room an eerie feeling like I was taken back in time. I missed home already. The silence was deafening. The uncertainty of what life in Charleston was going to be like was overwhelming, and the reality that I was now responsible for myself, and the fact that I only had $450 to my name after paying my rent deposit and first month rent. My student loan applications had been denied except one that was pending a document from the school. My mother had co-signed the loan for me. There was a 50% chance that it was going to be denied too. School would resume in a few days and I would need to pay my tuition and purchase my textbooks. My head spun with a multitude of thoughts on my mind as I watched the sky gradually darken through the windows until I drifted off.

My first three days were similar to the first. I didn’t step a foot outside my room. I got out of bed when I needed to and just stayed curled up in bed praying or looking around the room. My landlord and landlady became concerned since they hadn’t seen their new occupant step a foot out since arrival. The third day, bright and early, I heard a knock on my door. It was my landlord. “Good morning, Sana!” He greeted. “We noticed you’ve remained in your room since you came. Go out, explore downtown, it’s beautiful! Grab a map at the tourist shop on King’s street and take a walk around.” “Thank you sir. I will do that.” I replied. An hour later, I took my landlord’s advice, got dressed, stepped out, grabbed a map, and began to explore downtown Charleston, and totally fell in love with the city. I loved the shopping district – Kings street with outlet shops and restaurants just a block away from the house, The Waterfront Park – a pier overlooking the ocean with several swings and park chairs where you could sit and look at the ocean, The Battery Park overlooking the ocean with a long running/walking trail by the ocean, the historical buildings, the Colonial Lake few blocks from my house where I spent countless mornings and evenings running, or sitting on a bench reading my Bible and meditating, the downtown restaurants that served the best southern cuisine ever, the horse-drawn carriage tour rides, and the list could go on and on. I was totally in love with Charleston and was thankful to call Charleston my new home.

My God-directed Journey Blog is listed among the Top 75 Faith blogs on the web by Feedspot.
https://blog.feedspot.com/faith_blogs/