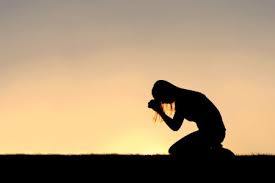 “Submit yourselves therefore to God. Resist the devil, and he will flee from you” (James 4:7)

The reason why many people are still tormented and frustrated by the devil in spite of their many fastings and prayers is because they try to fight him from their strength, and not God’s; and the scripture already told us that by strength alone shall no man prevail (1 Samuel 2:9). Also remember Zechariah 4:6; it’s not in our might to overcome these things, but in His grace that we have overcome. And here is that grace- that even though tribulation surrounds us, Jesus has overcome the devil and will manifest it every time in our lives through the Spirit of God (John 16:33).

You see my friend, our fasting and praying doesn’t make God any stronger than the devil; God is already forever stronger than him. It doesn’t make Him any more powerful; He’s already all powerful. So, it doesn’t change God, it only changes us and help us submit to Him better. And this is important because in God victory must be preceded by submission.

Having seen Jesus cast out devils, the Pharisees said He did so using satanic powers, but Jesus rebuffed them saying that if Satan fought himself, there would be no kingdom of darkness; but that He could do so because “…one can enter into a strong man’s house, and spoil his goods, except he first bind the strong man…then he will spoil his house” (Matthew 12:29). In short, He was saying He could cast the devils out because He is stronger. And in Him, we are too. By His Name, we can. And through the Spirit of the Blood of the Covenant, we will. Recall that we have been raised up into the heavenly place far above all principalities and powers. And to materialize it every day, we only have to start in yielding ourselves completely to Him.

That’s what James was saying; submit yourself entirely to the Spirit of God, then you will actively walk in the power to resist the devil always, putting him to his heels. Again, never forget that it’s not you, but Christ in you who can do these things; and so it’s not your ways that can achieve it, but His. Hence, submit to it. Hallelujah!!!

In the Name of Jesus, I have overcome all the plots of the wicked against me; for greater is He that is in me than he that is in them. And because I believe in Him, my victory has been assured to the glory of God. Amen.