GOD IN THE DREAMS!

HomeWorldHealthGOD IN THE DREAMS!
/
/ Unknown 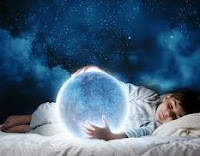 Do we really need a guide on how to interpret our dreams???
When the same kind of dream may actually have different meanings depending on who is having the dream and the source from which the dream came?
Dreams indeed are not the most common ways God leads us in the New Testament, and that is probably because of the fact that the Holy Spirit now dwells in the spirit of the Believer to guide him, unlike the days of Old when they had to depend much on Prophets, visions and dreams…
Dreams can originate from many other sources; most often from our daily activities as the following Scripture states: Eccl.5:3 (NKJV) “…For a dream comes through much activity…”… Such dreams we should probably ignore and simply take some time to rest…
But, dreams may also originate from other spiritual entities who have access to our dream world and who have the ability to take on a form that we may easily misinterpret as guidance from God…
These entities may range from clear-cut evil spirits to other “well-meaning” spirits that are actually not carrying out God’s instruction; As we are aware of other mediums and practitioners of spiritualism who do make good use of the dream world to their advantage…
This is also how some may have had wrong dreams or visions of Heaven and Hell, and some have been misled by the messages they claimed to have brought back… Though some of these people may truly not have any bad intentions of their own, just maybe victims of their own ignorance spreading further to those who may not know better either…
So my personal take is that one prays or speaks to a spiritual leader to pray along for understanding on what the dream of concern means so as to know what further steps to take; Rather than depending on books on dream interpretation, which are good but can only serve as a lesser guide in comparison to the Holy Spirit; and their interpretations would not necessarily imply God’s intended meaning in all instances of the dream…
For example; talking about Peter’s dream/trance of seeing all kinds of unclean animals and a voice asking him to rise, kill and eat (Acts 10:9-13)… We may easily have misinterpreted such as an evil dream in our present days, but it turned out that it was actually from God calling Peter to also reach out to the non-jews with the Gospel…
And for me I recall years ago when I was in a season of deep spiritual training, I often had some unusual dreams (such as levitating or floating in the air, walking on water and appearing inside our home without walking through the door and so on…) Now pls don’t be scared…Lol
But I sure had to ask questions and seek counsel with prayer!… Funny enough, I didn’t feel any fear with those dreams, I actually enjoyed them; more so because their interpretations came just as I started seeing years after…
So also some dreams we have may not always mean what we easily believe it to mean, and that’s why we need the Holy Spirit to guide us to discern. But more importantly as I had mentioned, dreams are not the most common ways God leads us today; and it is also advisable to have other confirmations if possible before running with dreams, especially in critical life decisions.
The below 3 pointers may be helpful in knowing if a dream originated from God:
– Does the dream make you worried and fearful for a prolonged period of time or does it give you peace of mind and hope?
God is not an author of confusion and fear is not a part of God’s character!
– Does the dream tend more towards satisfying your own wants, or magnifies anything or anyone else above God and His Word?
God exalts His Word even above His name and He created all things for His own glory!
– Does the dream bring you or others closer to God’s love or does it send a wrong message about God’s true nature?
God is love and He desires a Father-Child relationship with all, not one based on our performance!
And I close with the below Scriptures:
In Christ’s words, talking about the Holy Spirit:
Joh.16:13-14 (NKJV) “However, when He, the Spirit of truth, has come, He will guide you into all truth; for He will not speak on His own authority, but whatever He hears He will speak, and He will tell you things to come. “He will glorify Me, for He will take of what is Mine and declare it to you.”
And in Paul’s Words:
Heb.1:1-2 (NKJV) “God, who at various times and in various ways spoke in time past to the fathers by the prophets, has in these last days spoken to us by His Son, whom He has appointed heir of all things, through whom also He made the worlds…”
Gal.1:8 (MSG) “…Let me be blunt: If one of us–even if an Angel from Heaven!–were to preach something other than what we preached originally, let him be cursed.”
Thank you for sharing with me!
#GodisStillinCharge