God Can Use Anybody 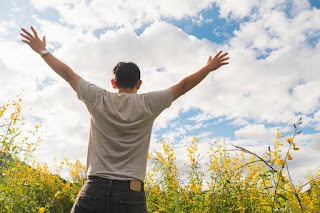 – God Can Use Anybody

“…for I say unto you, that God is able of these stones to raise up children unto Abraham.” (Matthew 3:9)

Everybody is peculiar in God’s sight; however when they receive His Lordship, they also receive the capacity to materialize this peculiarity as He has designed. In other words, everybody has a God-given purpose; and to God they are all fit to be used if they would only submit to Him, and get His Word into their spirits- for that is what helps us become capable (2 Timothy 3:16-17).

It doesn’t matter what has been defined as your social or cultural flaw, your intellectual impediment, or spiritual inexperience; any man is enough for God to do what He has purposed when He says he is enough. And you my friend are no exception. Yes my friend, you’re not exempted!

Consider Moses for example, he had a speech impediment, yet in God he became a fierce orator and admirable leader. Consider Gideon also, who suffered from a severe low self-esteem, a dose of fright and so was too scared of the slightest sound; yet he was used of God to emancipate his people and the whole country from foreign captivities.

The same goes for Peter, a mere fisherman and one who thought he was indeed not worth much becoming a pillar of Christ’s church- an illiterate that kept religious scholars dumbfounded. Paul also, an austere enemy of the Church was used of God to be one of the great pioneers of the early church.

The late Ravi Zacharias was a skeptic, yet was used of God to be a great Christian apologist. Or shall we talk of the late Billy Graham, a poor farm boy who took the world by storm for Jesus. The list goes on and on. It never ends. You see, God can use anybody. And it isn’t just in ministry; in politics, in academics and every given sector. Irrespective of our inadequacies, He can make use of us greatly. It is said that He doesn’t call the qualified, rather He qualifies the called.

Hence, don’t belittle yourself; that dream God has placed in your heart was intended for you to fulfill, and He has made available in you all that you could ever need to fulfill it. Simply train yourself to maximize the three vital gifts of Christianity: the grace of the Lord Jesus Christ (which is sufficiently in abundance for you), the love of God (which is unconditionally around you) and the fellowship of the Spirit (which is eternally with you); and you can do this by growing in your knowledge and obedience of God and His Word. And if you still think you don’t look the part, then consider what Daniel said, and you’d know that with God you are the part.

He said “…to the intent that the living may know that the Most High rules in the kingdom of men, and gives it to whomsoever he will, and sets up over it the basest of men” (Daniel 4:17). Thus, you don’t have to look the part, for with God you are the part; and this is because He can use anyone, even you. Blessed be God!

My God has no limitations. No circumstance surrounding me can surprise Him nor impede His will from manifestation. He’s not moved by my disadvantages because He gives me the advantage. He takes away my weaknesses and gives me strength in place of them. He empowers me to be all He says I am. So I can boldly say that my social or cultural background has nothing on my future, because His grace lights up on my foreground producing the future He says is mine. He says I am useable, and He will use me. Hallelujah!