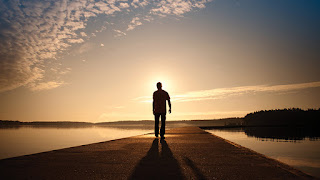 “For I have commanded that Israel be sifted by the other nations as grain is sifted in a sieve, yet not one true kernel will be lost.” (Amos 9:9 TLB)

It doesn’t matter how much judgment has come upon a place, God’s covenant with His people is always still valid. And He proves it every time. Recall what He told Abraham, “Peradventure ten be found there, I will not destroy it for the ten sake” (Genesis 18:32), and when He couldn’t find ten, He still went ahead and saved those He could find. That’s our God.

Also in the Old Testament, when He rained curses and punishments upon Egypt, everyone suffered as a result, but the people of God kept flourishing. Can you believe that? Flourishing in the midst of fear and anarchy? Well, the children of Israel did so at Goshen. God has been in the business of handpicking His people for divine privileges since the very beginning. From Abraham to Joseph to Jesus and His disciples, it was indeed evident; and it still is today with us.

And so it doesn’t matter where we are now, or how much the odds are set against us, God is highly experienced in always making ways to rescue us. Even when everyone around us may have been condemned, He still has a way of vindicating us. Moses said “Though a thousand fall at my side….no evil will come near me. Only with my eyes will I see…” (Psalm 91:7-8). This is what He meant: he had been tuned into God’s frequency in such a way that even though he dwelled with men, his experiences weren’t like theirs- but as God had declared it to be. And the same is designed to be ours too.

Why is this so? Because we have been marked. When you became born again, you were marked with a seal of redemption (Ephesians 1:13); and so you cannot be easily wasted by the devil nor circumstances as others may have been. The presence of God mightily upon you serves as a caveat that puts him to flight.

God gave us an illustration of this through Ezekiel. He said “…Walk through…and put a mark on the foreheads of the men who weep because of all the sins they see around them [depicting their thirst for righteousness]….Follow him through the city- kill them all…but don’t touch anyone with the mark…” (Mark 9:4-6 TLB, Emphasis mine). The waster was following, but he was restricted from touching the marked. And this is still applicable for eternity. Paul said “Let no man trouble me for I bear on my body the marks of the Lord” (Galatians 6:17). Our identification in Christ has ransomed us from such wastage. That’s what He said in our theme scripture; though a thousand fall at your sides, nothing shall come near you (Psalm 91:7). Though the storm hits where we are, those who are His shall never be lost. And in everything you do and every place you go henceforth, have that in mind because you can count on it.

Thank you God for keeping safe at all times. You are my strong tower where my safety is assured. You keep me under the shadow of your wings, and in your secret place do I dwell. As a result, all powers fashioned against me fail, because I have been divinely exempted from disaster by your grace. This is the heritage of the saints; and as such mine. In Jesus Name. Amen.